Foreign Fighters and Kosovo’s Diaspora: The case of Germany 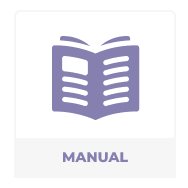 This guide is an effort by the Kosovo Center for Security Studies (KCSS) to address, in cooperation with Kosovo media, the absence of a compendium of the terminology and practices, in order to properly respond to the need for more accurate and substantive surveys and reporting on the phenomenon of violent extremism in Kosovo. This guide is a product of KCCS’s research and of the longstanding experience of its researchers on recognizing and studying violent extremism and its origin in Kosovo, compiled with the support of the US Department of State and the US Embassy in Kosovo and through broad consultations with Kosovo media news desks, editors, journalists and local reporters from municipalities and the capital. Through this document, the KCSS aims to initiate a process of cooperation, which
has already proven to be fruitful, among Kosovo media, researchers and civil society to push forward a progressive agenda that focuses its efforts on the democratization of the public sphere and the promotion of a genuine debate on informing Kosovo citizens as accurately as possible. In addition, this guide provides an overview of the background and main established facts on violent extremism in Kosovo, an overview of the legal aspects related to tackling this phenomenon, some international media practices on reporting on specific terrorist groups and terrorist attacks, and a glossary of over 7,000 words employed in the propaganda effort of the Islamic State terrorist organization, which have not been previously used in Kosovo, in order to increase the
media’s awareness of the usages of these words or terms in their reports.